2017 is an exciting year for LorAnn Oils, Inc.!  Not only are we celebrating our 55th year in business, but we will be breaking ground on a facility expansion in late spring.   The added square footage will provide more office and factory space as well as a facelift to our current exterior.

Founder and pharmacist O.K. Grettenberger first started selling LorAnn’s products out of his drug store in Okemos, Michigan with some of the first bottling done in the basement of his home.  His daughter, Ann, has fond memories of filling 1-dram bottles while watching soap operas on TV!  Back then, LorAnn only sold its essential oils and flavorings in one size. 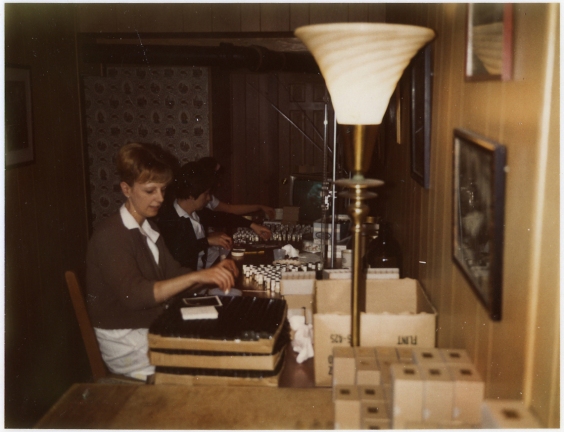 Eventually, production outgrew the basement, and O.K. decided it was time to build a factory.  The original LorAnn Oils factory in Lansing, Michigan is pictured below.  It looks much different today after multiple expansions over the years.

O.K passed away in the early 1990’s and as we look forward to the latest business enhancements, we can only imagine he would be proud that the company he started in his pharmacy 55 years ago, which is still family-owned and operated, sells its products in every state in the U.S. and in over 40 countries around the world.